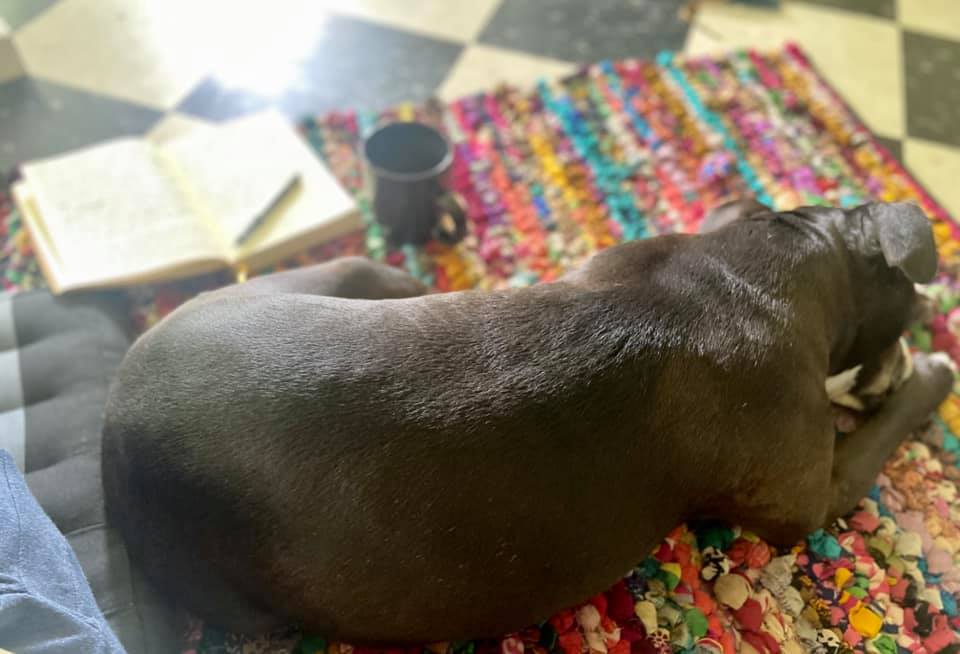 What does it take to shed my thick head and allow the breeze to flow between the two empty doorways that you and I are? I know it’s worth the million fireflies that will fly through and between us. The ego cannot subdue the ego, therefore it has to be grace, the utmost divine firefly of silence and vitality.

I know some people meditate, or race cars, or surf the waves of some cold, cold ocean. Some people make love or drink wine, or spin in circles, or pray to a bestowing God for mercy.

What does a mouse like me, exhausted and with trouble concentrating, practice to get herself out of the way? Once in a rock concert I felt one with the universe, does that count? Another time on a motorbike in Indonesia, with a broad, near-equatorial sky above.

Not in this lifetime, maybe, though I sense a deep truth in the eyes of my dog, and the partridge peas in the back yard.

And life has gifted me a bottomless sadness that keeps me in touch with the earth on which I walk. Without it I might fly away on the balloons of pride, hitch a ride on my ethereal arrogance to sit among the angels. These leaden blues and pains and aches keep me among the wormy compost of my life, with its messy relationships, with its complex workings. Though my writing voice does not often include my silly humour, there is plenty of it here too, hanging out with a sideways cigarette in its mouth, behind the smelly dumpsters of self-pity and cynicism.

The gift of depression is the stripping down of every moment to the bare essentials: food, sleep, shower. It is a reminder of the fragility of the human body, the vulnerability of the human mind. It is the realisation of the need for reliance on something greater to carry one along. Without a suspicion or memory of spirit, and its upwelling strength and wellbeing, one cannot survive the meaningless abyss when it descends on its dark grey chariot of dense and baleful thunderclouds.

Every suffering is an opening to the light. I did not come to this life to coast along in a happy, well-adjusted way among successful people. I came to delve deep, to bear witness, to be pushed through the narrow birth canal of abject existential terror into more and more creation of meaning, into more and more light. I came to stand on the precipice of sanity where new forms appear from the mist, rushing towards me with a shriek of desperation: “Articulate me, so that I can know myself”.

All text and photographs © Lilia Kapsali, 2022